I was sent this link about how to sail under a bridge and it occurred to me that I should show how it’s actually done. 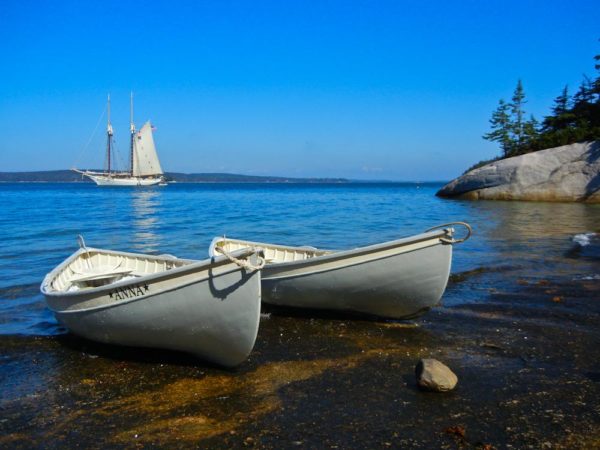 I finally got around to editing the photos I made last week on the Mary Day. Also, don’t miss the Mary Day video I made the same week. 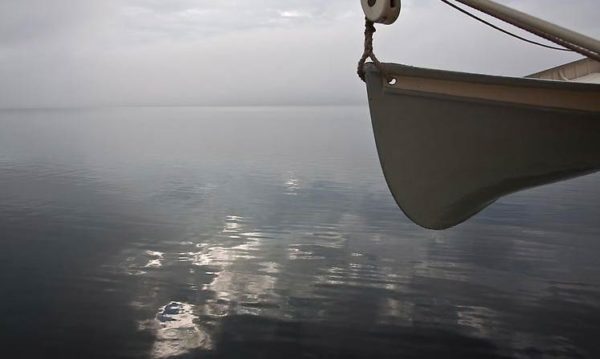 I’m new to video and still make plenty of mistakes (you can actually hear me breathing in some of this). But even with my flaws, I think this gives a pretty good idea of what it’s like to spend some time on a Maine windjammer.

This is best viewed on Vimeo in high definition, but it’s provided here to give a taste. And either here or on Vimeo, you should click the four arrows in the lower right to show it full screen.

Sailing on a Maine Windjammer, the schooner Mary Day from Jim Dugan on Vimeo.

Daily Def: “SLUSH FUND”-slush was the unpromising name for fat scraped off the top of the barrels of meat. The crew found it perfect for greasing masts to make sail hoisting easier and for preserving leather fittings. The cook, unhappy about this, would secret it in his ‘slush fund’. It was a prerequisite so far as he was concerned. He sold it ashore, mostly to candle makers and people in the fish and chip trade.

Who knew? Well, I did, sorta. The schooner Mary Day gets her masts slushed a couple times a year. Usually, it’s the youngest (lightest) member of the crew who gets outfitted head to toe in disposable gear, then strapped into a boatswain’s chair (boson’s chair, really just a board strung between some rope). Then this person is hoisted to the top of the mast with a bucket full of slush. These days, slush is not meat grease but Vaseline petroleum jelly. They start at the top, smearing Vaseline all over the mast. When a section is finished, they yell to the deck, where someone standing by lowers them a few feet.

How the crew of the Mary Day and other windjammers spend their evenings before the season starts. 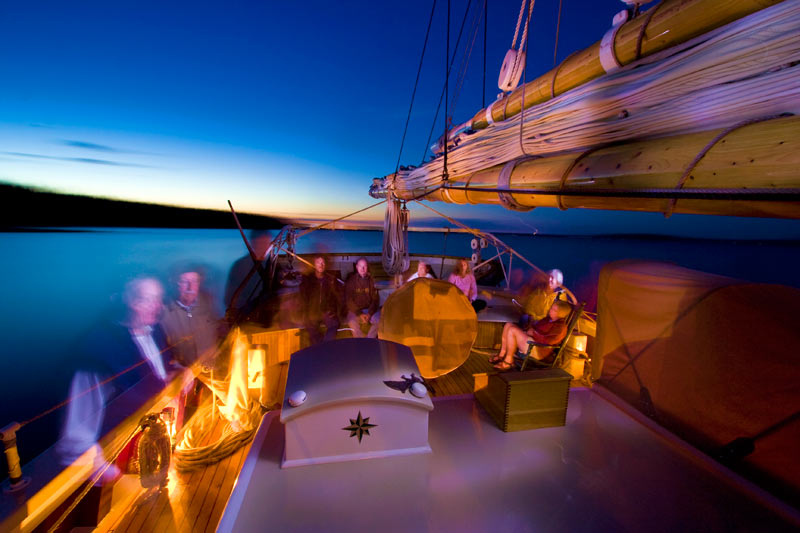 Below is a gallery of 29 images. Click the image to go forward and backward. Or click the Play button at bottom center to watch it as a slideshow.